The Oisans plain and Lake Verney 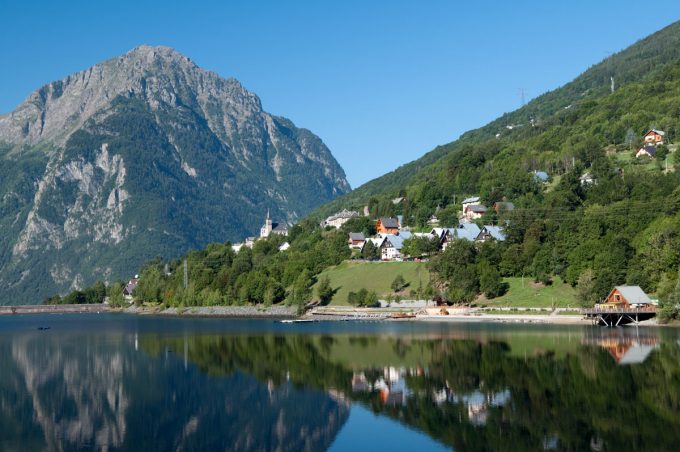 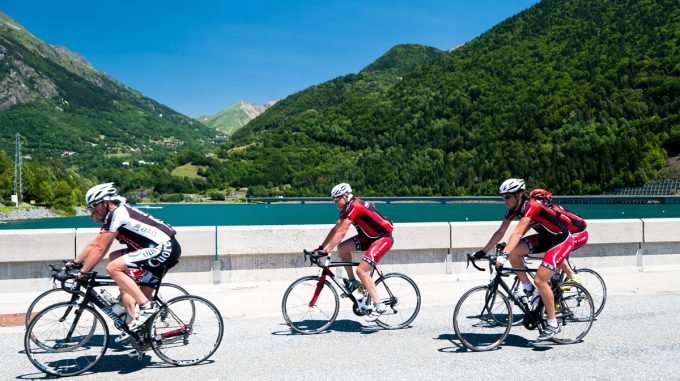 This is an easy route at the gateway of Eau d’Olle Valley. Going back, the small road up above Allemond runs along a belvedere facing the Grandes Rousses mountains. Here, the evening light gives full meaning to the name of these red mountains.

Itinerary no. 2 of the “Cycling in Oisans” guide (Oisans Tourisme)

ITINERARY
From Bourg d’Oisans, follow the road towards Alpe d’Huez. Just before the road starts to climb, turn left and follow the small road to Bassey - Les Essoulieux.
Follow the tarred road as far as the hamlet “3 ponts” and catch up with the D1091 at La Paute. Turn right and ride towards Grenoble.
In Rochetaillée, turn right and cycle towards Allemond. From then on, you can follow the signposting “Isère à vélo no. 2”.
After the bridge “pont Rouge”, turn right and follow the D44 towards Villard Reculas.
Cycle through the hamlets of Raffour and La Beurrière. Keep climbing and follow the small road to Le Boulangeard on the D44a. Go down to the Lake Verney on the D526 towards Le Rivier-d’Allemond - Col de la Croix de Fer.
Starting at “Pont Ratier”, the road rises steeply. Cycle 650 m and turn left on the road towards Le Villaret “Route du Villaret”. The route takes you easily to Allemond “le Haut”. Go by the church, cycle down and turn right on the D526 to go back to Bourg d'Oisans.

THAT LITTLE BIT FURTHER: up to Le Mollard
To add a short, steeper climb to this easy ride, carry on up to the hamlet of Le Mollard. From the D526 going towards Articol / Le Rivier d’Allemond, turn left for Le Mollard. Once you have completed this small loop, ride back down to the D526. From there, take the D43 (1st road on the right) to reach the initial route.
---
Distance: 6 km
Time: 45 min
Total ascent: 311 m

A LITTLE HISTORY
The Chalanches silver mine was operated between 1767 and 1799. During that period an estimated quarter of the production was stolen by the
minors, despite every possible precautionary measure taken to prevent it. (The mineral was taken down to Allemond in sewn-up bags.) Hoping to put an end to the fraud, the mining authorities called three times on the clergy to hold dissuasive “monitoire” or warning ceremonies. The procession would move from house to house, dragging a crucifix along by the feet. This was meant to symbolise the pain that Christ felt about the thefts. The procession would stop in front of each house, claiming that the thief was going to die in that year. Nonetheless, a clandestine foundry was once found in a place adjoining the sacristy, as well as slag on the floor of the church in Allemond!

The Oisans plain and Lake Verney