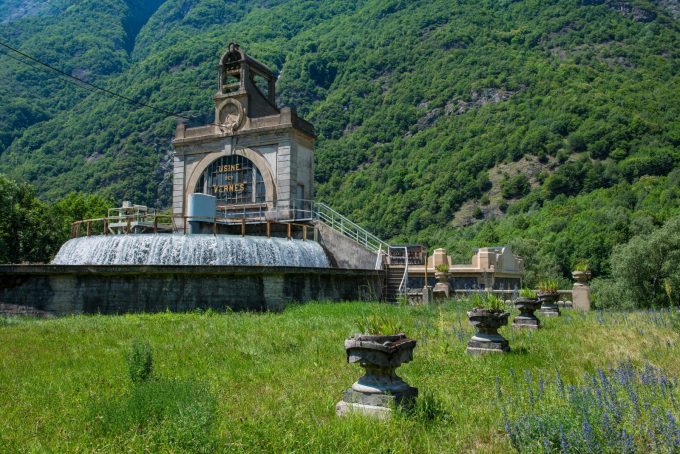 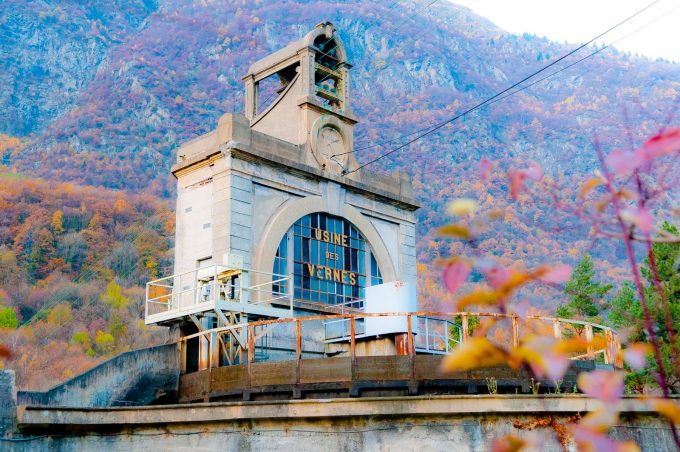 Commissioned in 1918, this power station was built to meet the increased energy requirements of the Keller et Leleux factory, producers of synthetic cast-iron in Livet during the First World War. It is currently opened to the public.

Les Vernes factory, which was given listed building status on 2 September 1994, is not open to the public.
This power station, which was built around 15 years after Building II of the Livet power station, was designed to "showcase" water. All the functions of the power station, from the water chamber to the outlet canal are concentrated in the same area. In 1925, Charles-Albert Keller described his project as follows, "Firstly, I followed my personal taste in the matter. I then wanted to show that hydropower and tourism can go hand-in-hand and I wished to play a role in making this area, to which I am so attached, more attractive. Lastly, but certainly not least, I wanted to offer my respected staff additional proof of my affectionate solicitude by enabling them to benefit from these features that make their lives and the lives of their families more pleasant."

The upper terrace, which is level with the road, was created as a French-style formal garden with an alley, trees, lawns lined with vases, a stone fountain (which is in fact the pressure chamber-surge tank) and fence. Projectors were originally mounted on pylons.
The lower terrace containing the power station is at river bank level. It is a huge courtyard, partly tree-lined and designed to be admired from all distances and viewpoints. It is fenced off to the north by the Romanche river and to the west by the outlet canal, making it look like a castel protected by a moat and drawbridge. Linking the two levels, the immense stone staircase, made of moulded cement, drew its inspiration from the Vizille Castel (layout, balusters and alcoves). The staircase is a functional feature for circulating the water, but over and above this, it is a theatrical surprise and a practical way of exploring the site. Originally it was lit up at night and featured a wayside cross. It is open to the public.

In Livet, turn off the RD 1091 into the village and to take a look at Les Vernes power station (at the entrance to Livet when driving from Grenoble).