A monument classified as FRENCH heritage

We should warn you: the power plant is still in use today and so is closed to the public. You can however come and visit this monument, listed as a French heritage site, on the annual Heritage Days.

Hydroelectricity is part of the very DNA of Romanche Valley because this is where it all started, where ‘white coal’, as hydroelectricity was known back then, began to make use of the sheer power of water. At the end of the 19th century, many of the mountain streams of Romanche Valley were utilised by Charles-Albert Keller, an engineer from the school of Arts et Métiers.

Since then, the power of the water has been the driving force of life as we know it in Livet-et-Gavet and this is still the case thanks to the Romanche-Gavet project which was unveiled in 2020.

Vernes, a history spanning more than a century

Vernes power plant is one of those monuments that was an obvious choice to be classified as a French heritage site.

It was built in 1918, and is a pioneering power plant. It can be found in Romanche Valley, where hydroelectricity first began, along with the Lancey plant in Grésivaudan Valley. For an industrial building, its appearance and environmental features are rather original.

This power plant was classified as a ‘Historic Monument’ in 1994, and was designed by Charles-Albert Keller, with technical characteristics in mind, as well as the building’s appearance.

Vernes power plant began operating in 1918, and was built to meet the increasing energy requirements from the Keller et Leleux factory, producing synthetic cast-iron in Livet during the 1st World War.

This power plant was designed to ‘showcase’ water. All the various activities of the plant were carried out in the same place, from the water chamber to the outlet canal. This is how Charles-Albert Keller described his project in 1925:

“Firstly, I followed my personal taste in the matter. I then wanted to show that white coal (hydroelectricity) and tourism could be combined, and I wished to play a role in making this area, to which I am so attached, more attractive. Finally, and this was particularly important to me, I wanted to offer my dear staff an extra token of my appreciation in letting them benefit from these features that make their lives and the lives of their families all the more pleasant”.

The upper terrace, which is on the same level as the road, was created as a French-style garden with a footpath, trees, flowerbeds lined with vases, a monumental fountain (which is in fact the pressure chamber-surge tank) and fencing. Projectors were originally mounted on pylons.

The lower terrace where the power plant is located is on the same level as the river bank. It is a huge courtyard, partly lined with trees and from where it is possible to admire the whole place thanks to the various viewpoints. The Romanche river runs by on the north side and the outlet canal on the west, making it look like a castle protected by a moat and drawbridge.

Connecting the two levels, the huge monumental staircase made of moulded cement, drew inspiration from the Château de Vizille (layout, balusters, alcoves). It obviously plays a functional role in creating access to the two levels, but it also creates an element of surprise and a great way to explore the whole area. It was originally lit up and featured a cross sculpture.

This power plant can be seen from the road and is a monument that passers-by find intriguing and often stop by to see it up-close. It will soon be closing, but maybe the renovation project will create opportunities for the public to come and visit it…

After being provided with a source of water in 2020, this brand-new plant is the most significant hydroelectric power plant in France of the past 10 years.

The Valley will be completely overhauled and the six outdated power plants replaced by one single underground one. This brand-new plant will be more powerful, will blend into the surrounding landscape and is much more eco-friendly. It will replace the 6 power plants and 5 dams currently in Romanche Valley.

The average annual energy production is estimated at 560 million kWh, 155 kWh more than the 6 current plants combined. This is a 30% increase, which represents the electricity consumption for a town with 60,000 inhabitants.

Over 10 km in the town of Livet et Gavet, there are 3 distinct zones:

A museum has been created, where visitors can learn about the hydroelectric history of the valley. The Musée de La Romanche in Rioupéroux will showcase the history of the 6 power plants replaced by the Romanche-Gavet project.

There are two main sections to the museum, showcasing the geology and industrialisation of Romanche Valley. Visitors can learn about how these activities were developed, what life was like here and the history of the landscapes. 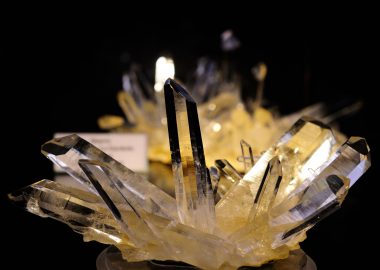 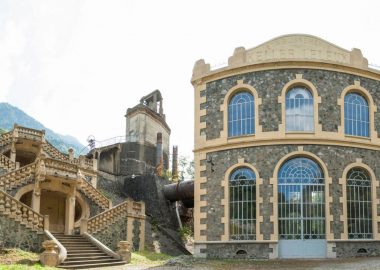 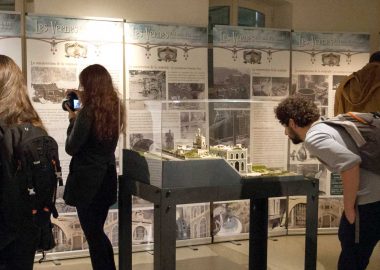