Descent from the Col du Galibier 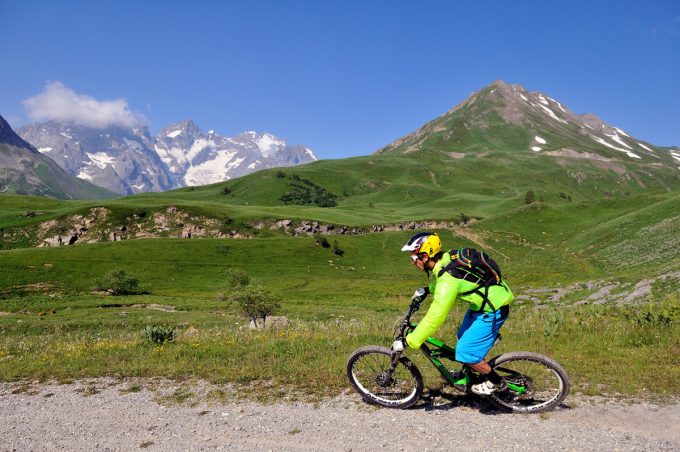 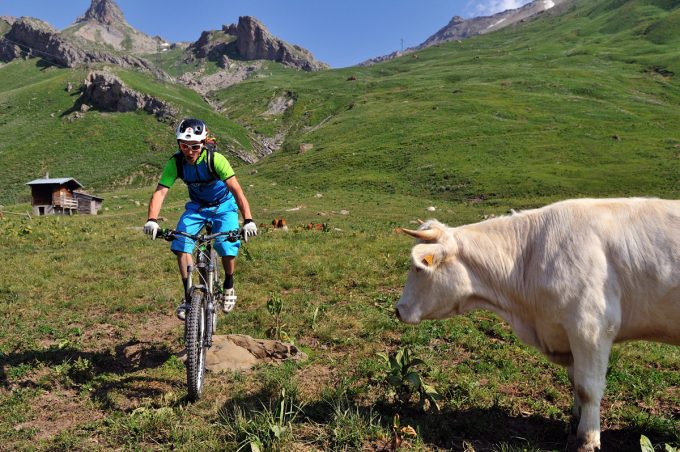 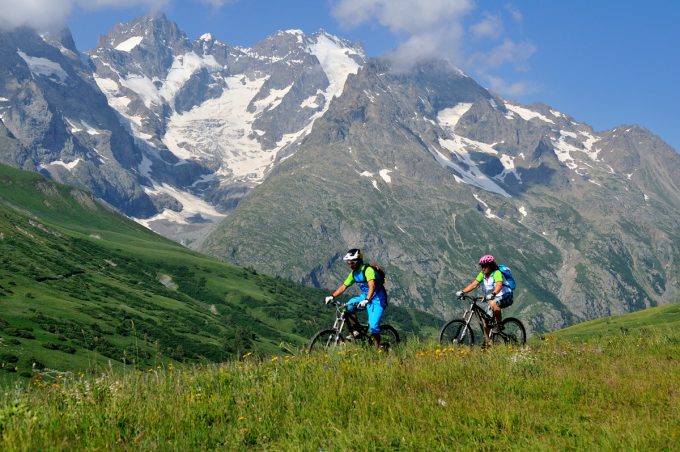 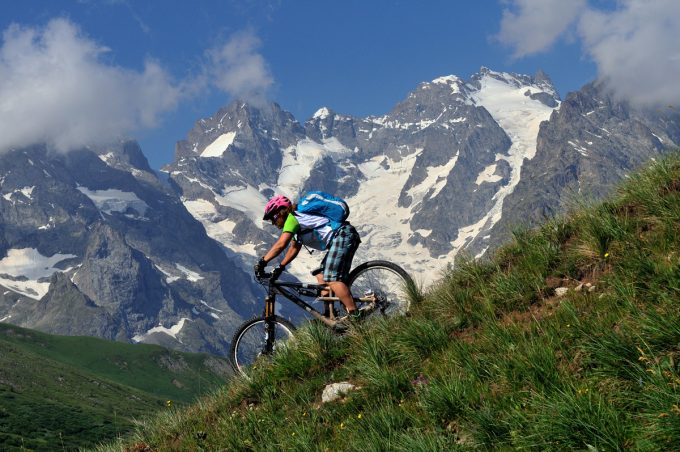 This is a really lovely beginner’s descent on the old road down from the pass, facing the spectacular Meije. All the landmarks are there for you to admire, including the Glacier de l’Homme, Glacier du Fauteuil, Pic Gaspard and the Doigt de Dieu.

Route in the “MTB in Oisans” guide (Oisans Tourisme)


ROUTE
Start off at the Desgranges stone marker and go round a ruined house lower down, behind which the path begins. Cross the road to take the "Chemin du Galibier" on the other side. Ride down the bends of this peaceful path to
the Col du Lautaret road (D1091).
Cross over the road to the track opposite, which leads to the col (2 km).
Once at the col, cross over the road and go past the bar/restaurant "La Ferme" to join up with the GR 50 path. From this point onwards, the route is marked "FFC no.13". The track winds its way through peat bogs in pastureland and after 2.5 km, you arrive back on the Col du Lautaret road (D1091). Cross the road and carry on the path to the hamlet of Le Pied du Col, where you turn right on the road and then after 150 m, right again onto a track that takes you to Villard’Arène.

Welcome: X country :The flagship MTB discipline and an Olympic sport since Atlanta in ‘96. Cross-country is traditionally enjoyed on terrain that is not too rough, on lighter bikes with fork suspension of between 100 and 130 mm and tyres of between 1.8 and 2 inches at the most. In Oisans, the steep terrain and significant height differences make this style less popular than its sister style, enduro. There are however some trails in the valleys that are accessible to everyone, as well as some that are slightly more challenging that we have classified as midway between X country and enduro.Enduro :This term covers very varied styles of riding, which are the most popular in Oisans, including both technical and peddling sections. In short, it’s a more challenging style with downhill elements. Routes generally start from a high point and finish lower down, with the high point being reached by cycling, ski lifts when in operation, bus if at all possible or by car. Take care with this last option however, as enduro MTB is becoming more and more popular. If misuse increases (too many mountain bikers together, too much speed too close to other uses of the trails, too much “race” behaviour, not enough respect for the paths and other users), there is a risk that mountain biking will be prohibited. Adapt your approach to your surroundings and keep your racer attitude for the resort tracks that have been created and maintained for intensive use. Enduro bikes remain relatively light, enabling you to peddle between two downhill sections, with the front and rear travel varying between 130 and 180 mm for the largest and most expensive models! Tires are wide - between 2.3 and 2.5 inches. The little added benefit that makes a big difference is the telescoping seatpost.

Descent from the Col du Galibier