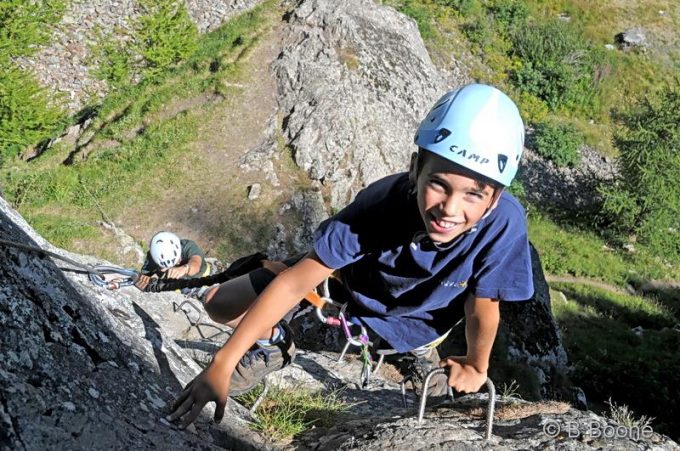 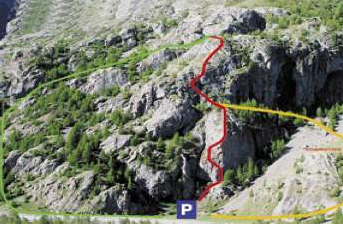 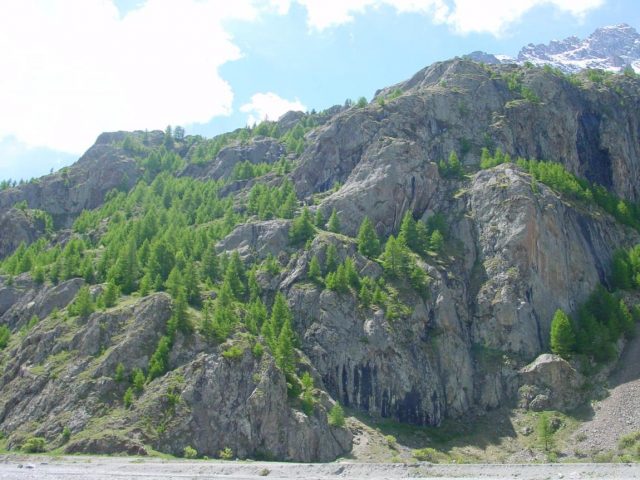 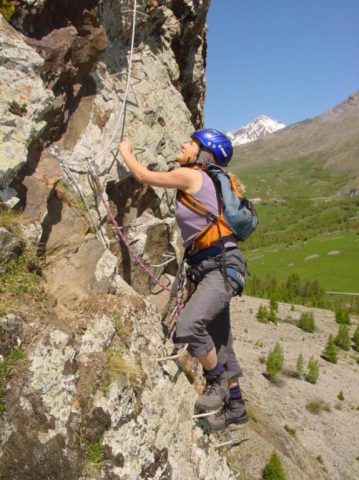 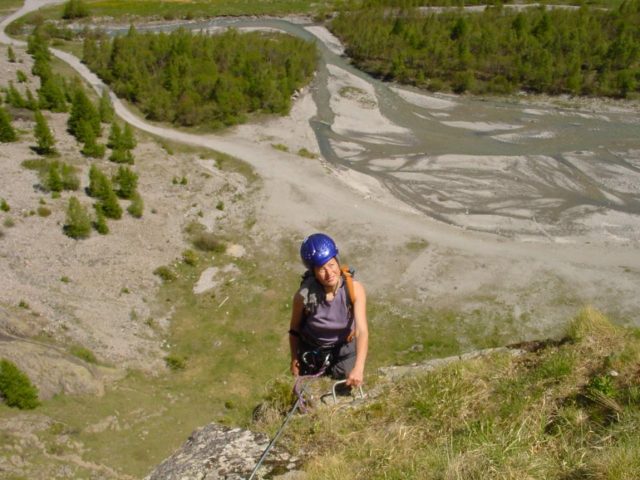 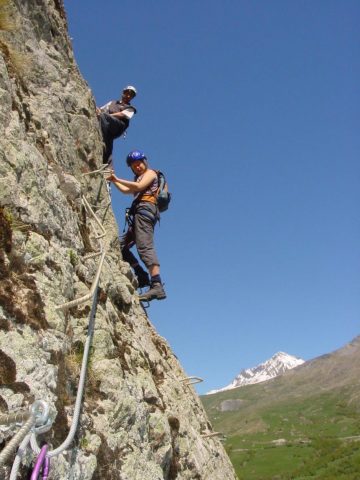 This itinerary alternates walls and grassy ledges but without any overhang.
It is ideal for beginners who want to get used to the void.
The via ferrata is well equipped and there is an escape route halfway up.

About : Arsine Via Ferrata

You can stay cool on this Via ferrata in the summer heat, thanks to its north-facing position in the foothills of La Meije, next to the Romanche river.
The first part, over a 20 m section, will get your fingers warmed up before tackling the most interesting part of the Via, namely a steep pillar. A slab then leads up the left-hand side of a fine ridge. You then reach a grassy plateau, with an escape route off to the right.
The second part climbs up a lovely slab with an overhang, ending on a less steep spur. The final few metres of the Via ferrata are more like a slightly scary, steep hike, enabling climbers to make the most of the views over the Agneaux.
The return path is well-signposted.
While in the area, take time to explore Villar d'Arène in the Upper Romanche valley. It's set among breathtaking high-mountain scenery. Nearby, in La Grave, the cable car whisks you up to the glaciers in just 40 minutes.

CULTURE :
The legend of the White Lady of the Alpe du Villar d’Arène :
A young shepherd from La Grave was watching his flock in the Alpe du Villar d’Arène. The Pic des Agneaux towered above him, one black and the other white. The summits glistening with eternal snow were reflected in the blue waters of the lake. But the shepherd was blind to their beauty. He earned so little money to help his mother, the widow of a guide killed on the mountain, that he could not be happy. One starry night in the summer, he left his hut, brooding over his sorrows and worries. He suddenly saw before him a white lady, sliding over grass that hardly ruffled her dress. She stopped at the top of a large rock that was well known to his sheep, and at her feet flames shot up, into which she disappeared. Wide-eyed and somewhat afraid, the boy saw molten gold. He ran back home, kissed his mother, took a pickaxe and returned to the spot. He dug all day long and found a rich vein of gold…

Welcome: There is no equipment rental on the site but you can rent it in Villar d'Arene or La Grave's sports shops
The Mountain Guide office in La Grave on the square of the cable car, provides accompaniment for Via Ferrata

Drive to Villar-d'Arène, between La Grave and the Col du Lautaret. Shortly after the village, when driving from Grenoble, turn right to "Le Pied du Col". At the next crossroads, turn right and then, 800 m further on, right again. Cross the Pont des Brebis bridge and park at the bottom of the via ferrata.