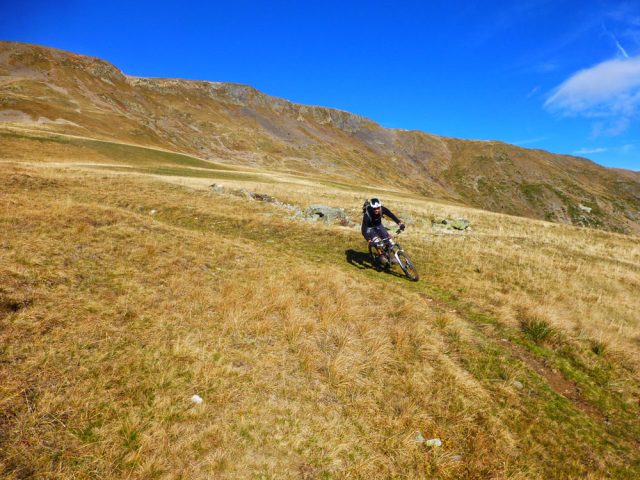 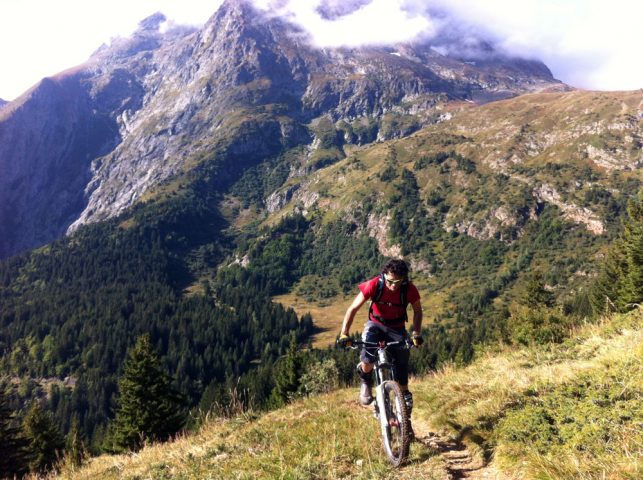 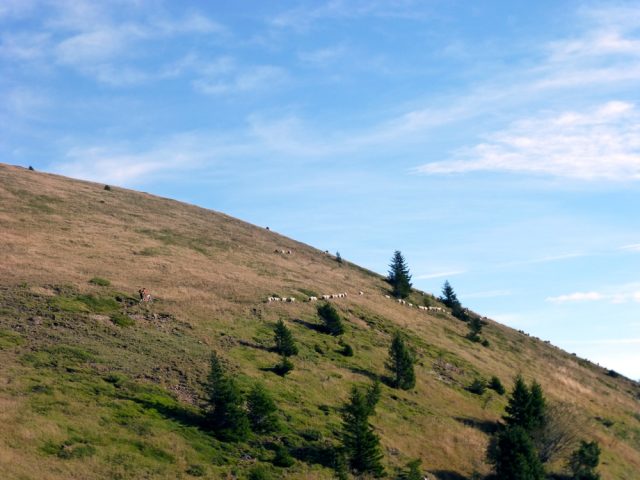 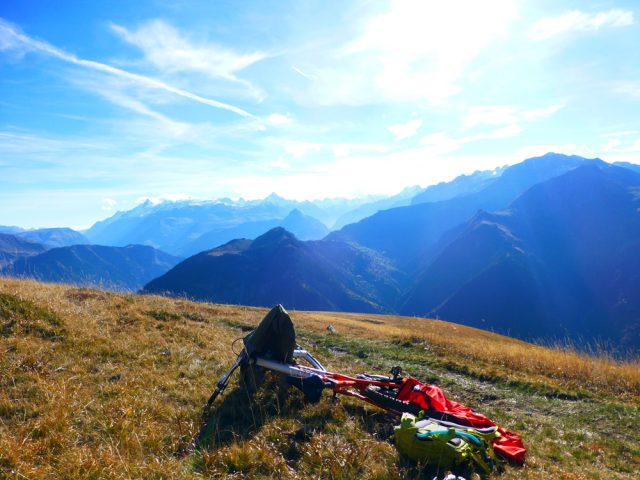 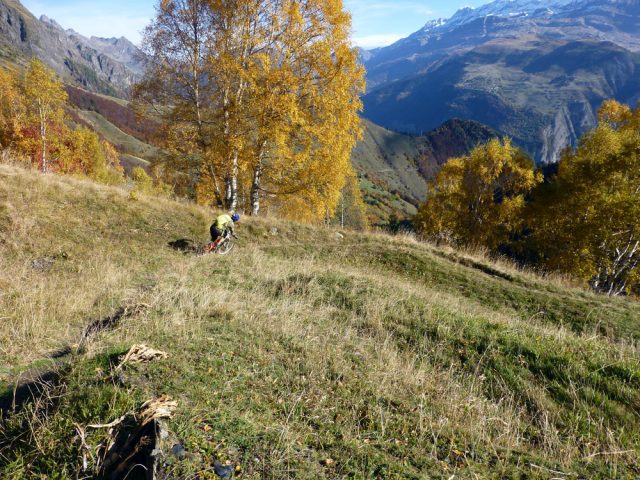 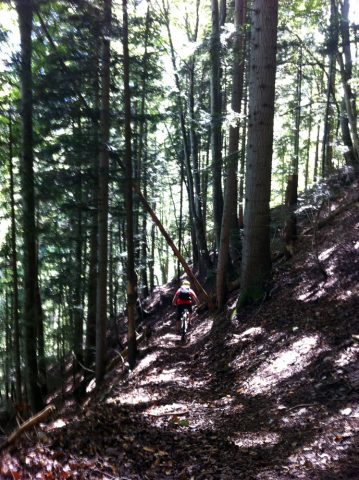 The long climb under the watchful eye of the Taillefer will be amply rewarded by the lovely descent through pastureland and forest. The view from the top of the trail is breathtaking, over the Grandes Rousses, the Ecrins and all the Oisans valleys.

Route in the “MTB in Oisans” guide (Oisans Tourisme)

ROUTE
Start riding up awards Ornon and you have 5.5 km (440 m height gain) of road up to La Grenonière. Turn right at the Pont des Oulles and ride through La Poyat, Ornon and, finally La Grenonière.
Go through the gate marking the start of the track to Pont de Basse-Montagne and follow it for 3km to the Pont de Basse-Montagne bridge.
Ride through the clearing and up 100m to the left to join up with the GR 50 path which then goes off to the right towards the shepherd's hut in Oulles. Despite the 30 minutes of pushing/carrying/riding, the path is very pleasant, winding its way through pastureland and offering wonderful views over the Lignarre valley. Stop at the junction just before the Oulles shepherd’s hut. The climb is over and now you understand why you've pushed your bike this far! Firstly, the panoramic view is breathtaking, as you can see almost the whole of Oisans: Pic Blanc > La Meije > Le Rochail > Col d'Ornon > Taillefer. Secondly, it's the start of a wonderful descent through alpine pasture, with a series of banked switchbacks, down to Le Pas de la Buffe.
Once at Le Pas de la Buffe, the path then dips down to the left towards Oulles. The landscape changes slightly, but the lovely, banked bends still feature. Take care on the section just behind the Col de la Buffe, as it can be very damp in the morning. Back on the track, turn right towards Puy d’Oulles (the village of Oulles is on your left). It's an easy ride to the hamlet of Puy d’Oulles (end of the track), now deserted except for one building.
This is the start of the second descent: at Puy d’Oulles, take the track that goes down to the left to enjoy a nice series of small, open bends, with some good banking.
Just after some ruins, look out for the first junction and turn right onto a small path that crosses the mountainside, with a few tight switchbacks. The route comes out onto the road to Le Col d'Ornon. Return to your car up the quiet and pleasant tarmac road.

To get the most out of the downhill sections in the pastureland, it is better to do this route in mid or late-season. In spring, the high grass can make it difficult to see where to put your wheels.

From Bourg-d’Oisans, take the D1091 towards Grenoble and turn off onto the D526 to Ornon. Then leave your vehicle in the car park of La Pallud d'Ornon, in front of the Bergerie de la Lignarre.