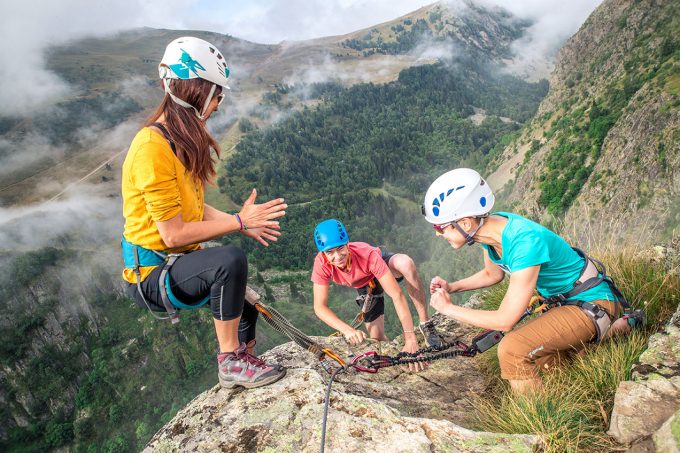 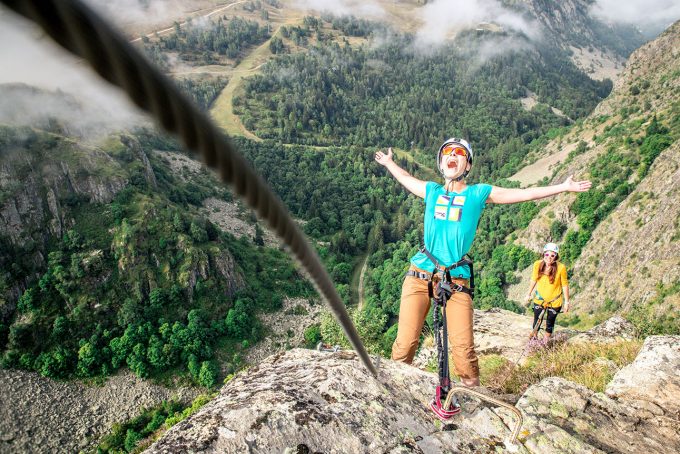 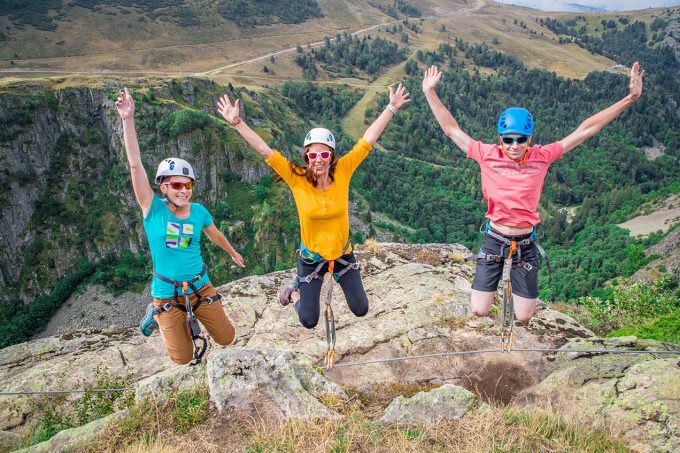 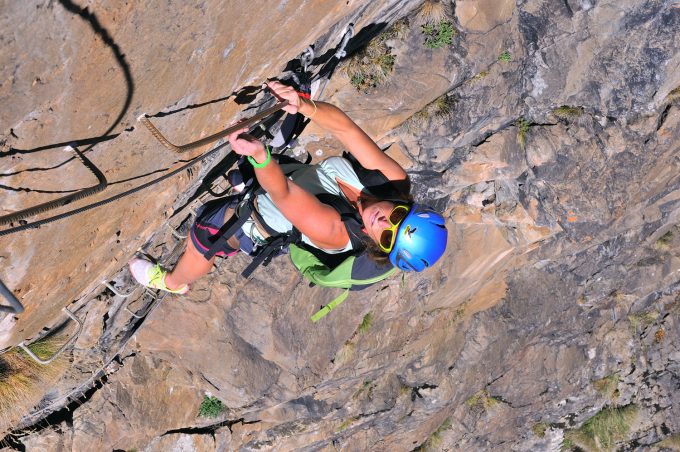 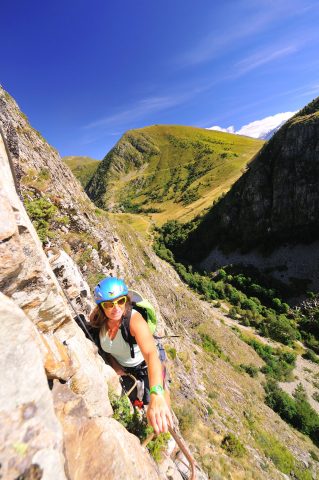 Two in one! That’s what you get with the Alpe d’Huez via ferrata. Two routes are on offer, the ‘Découverte’ and the ‘Sportive’, and they’re both south-facing! Both on a 200m rock face.

The “Decouverte”, or discovery route (2h climb), goes off the right and continues onto plateaus and protruding rocks. With the “Sportive” (2h30), you start climbing straight away, on a lovely, vertical face, followed by quite a long airy slab and some easy protruding rocks. The walk back to the car park takes 5 minutes.
Access from pierre ronde via the col de sarenne or from Huez Village (1h walk there and back)

HISTORY: the Brandes mines
Right next to the via ferrata, you can see the Brandes mines, the only archaeological site of its kind in Europe. The ‘argenteria de Brandis’ was the largest silver mine in the Dauphiné region. Silver hunters established the site at Brandes at the beginning of the 12th century and over the following two centuries a rich seam of silver lead, that was probably linked to the Dauphin mint, was exploited. The mining was carried out at heights of between 1 750 m and 2 800 m and the ore was extracted by heat and with a chisel, in the open air and in galleries. The mine ceased production in about 1330 due to landslides and flooding, which lead to the village being ruined, and subsequently abandoned. The site features a number of archaeological remains that help us to build up a picture of the singular society that was organized around the mines, including a fortification, a church surrounded by a necropolis, houses and settlements and mine galleries. The industrial features also give us clues as to techniques used by the miners, such as the ore processing workshops and the use made of hydraulic power.