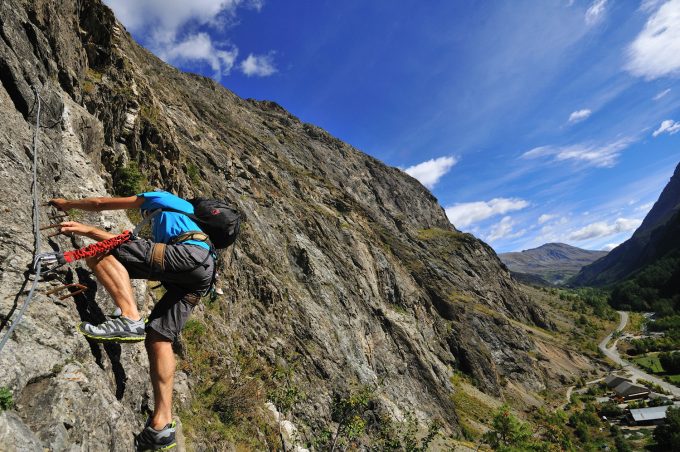 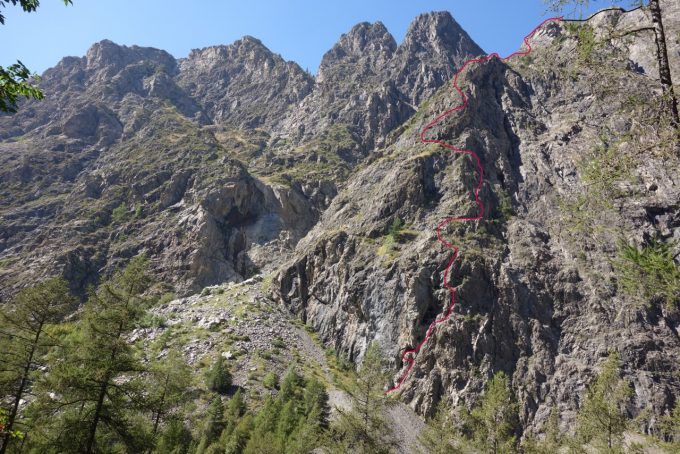 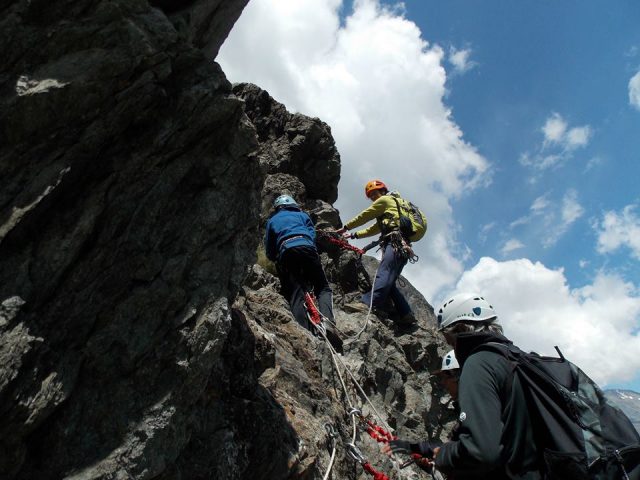 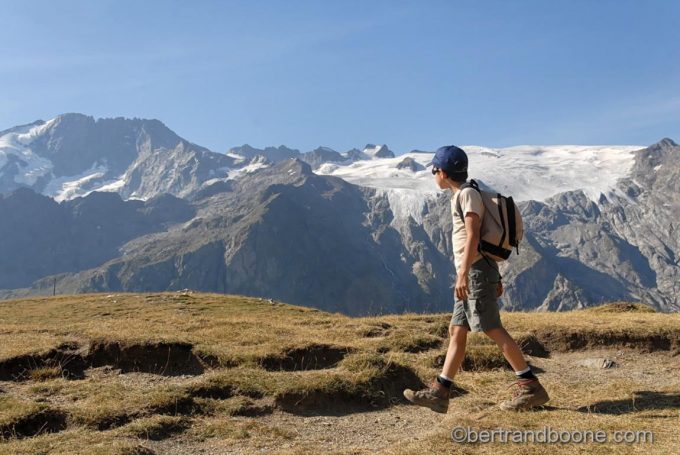 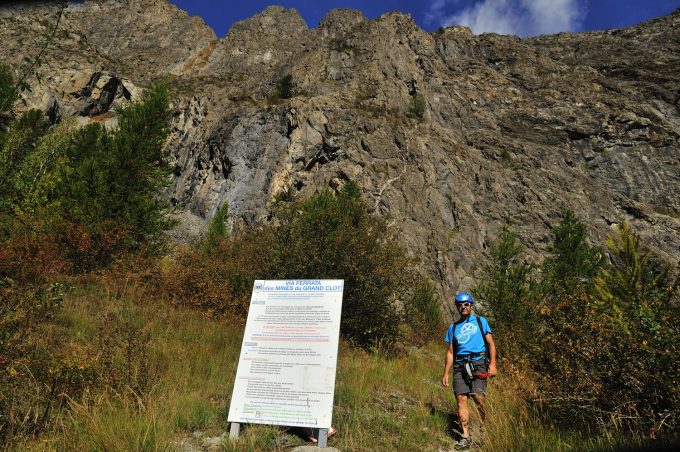 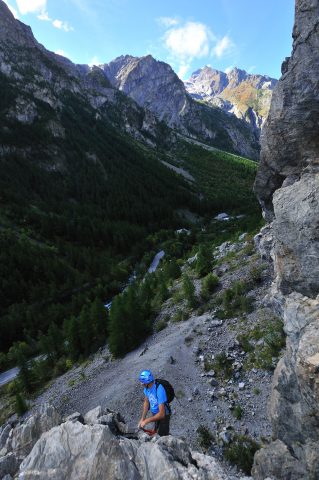 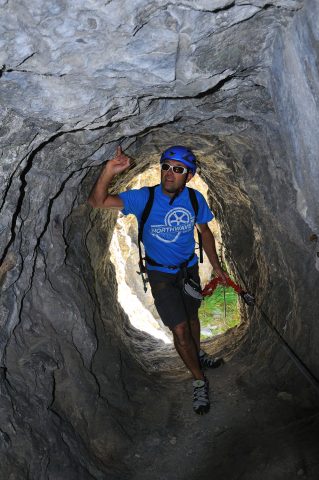 The advantage of this via ferrata is both sporty and cultural. Cultural because you will discover, through information panels all along the via ferrata, the history of miners of yesteryear, sporty because it is a rather long round.

About : Grand Clot mines Via Ferrata

This is a historical via ferrata, as it is actually on the site of the former silver mines that closed down in 1926.

The first stretches of steel rope are on the site of the old mine and you can see all the features typical of mining activity, including handrails and the anchor points of the cableway that carried the ore, as well as galleries that were dug by hand as early as the 7th century. Then, you'll reach an easier passage that takes you to the Emparis plateau. The walk back is to the east, along the GR54 (Tour d’Oisans) footpath. Go through the village of Le Chazelet and turn right down the path to the Notre Dame de Bon Repos chapel. Once down at the road, walk back to the car park.

Cultural information : The Oisans mines
In the 14th century, the Oisans mines were in full expansion. The ground everywhere was being drilled and dug to mine silver, iron and lead, but also coal and slate. The mine at Le Grand Clot probably existed in Roman times, but it was in the 10th century that large-scale mining began to take place. 150 people worked in the mine and it continued in full production until the 1830s, when it gradually declined, following changes in ownership and difficulties in extracting the ore. The lead silver of Le Grand Clot was used to make pottery glazes. If the ore did not contain enough silver, only the lead was sold. The seam looked promising, but as elsewhere in Oisans, it proved to be a disillusion. Gold fever had taken over in Oisans… and, despite many attempts, there was never any substantial production and, in particular, never the immense wealth, so highly coveted. The Oisans Eldorado was still prayed for…

(!) Think about to set a car in Le Chazelet Village (the arrival of the Via ferrata) so you can avoid the walk back to your starting point (about 2 hours walk additional)

Welcome: There is no equipment rental on the site but you can rent it in Villar d'Arene or La Grave's sports shops
The Mountain Guide office in La Grave on the square of the cable car, provides accompaniment for Via Ferrata

From La Grave driving towards Grenoble, park at the exit of "Le Grand Clôt" (around 1 km after Les Fréaux). Take the path to the right of the Via ferrata sign, which brings you out onto a platform at the foot of the climb.