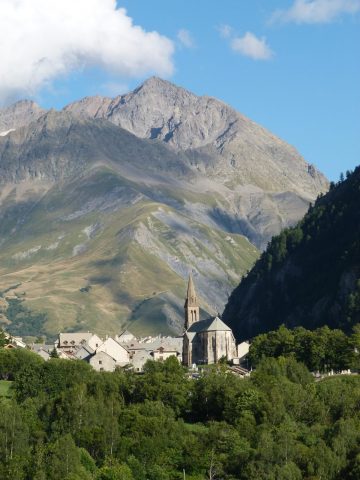 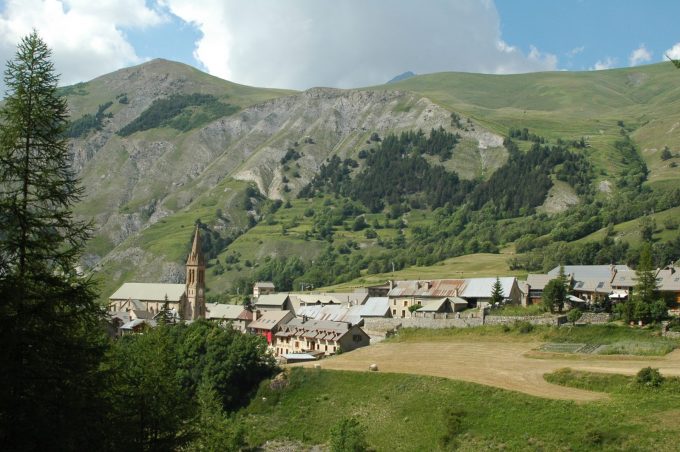 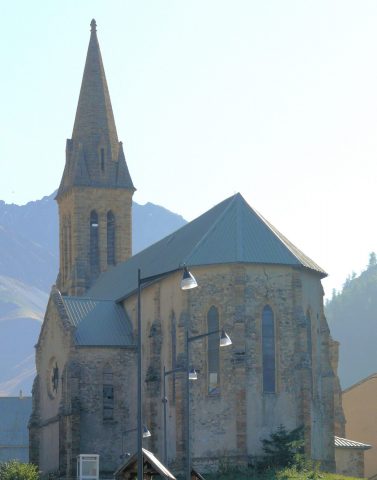 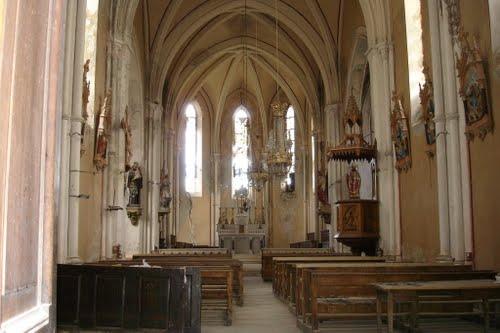 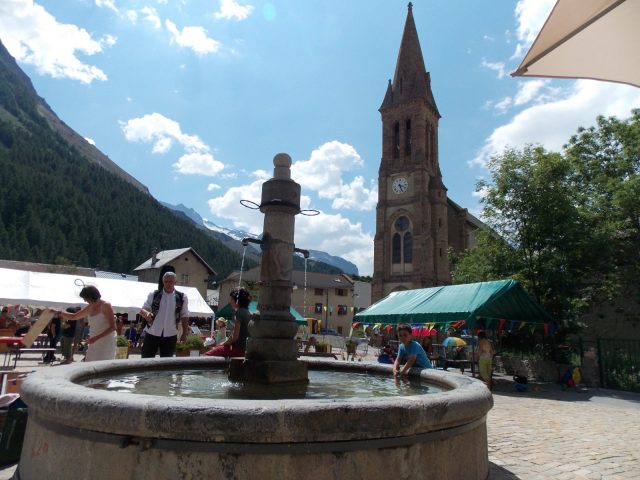 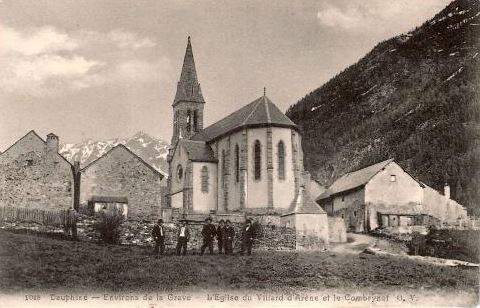 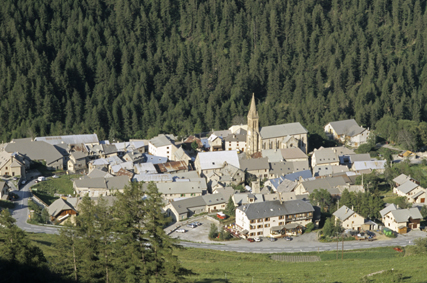 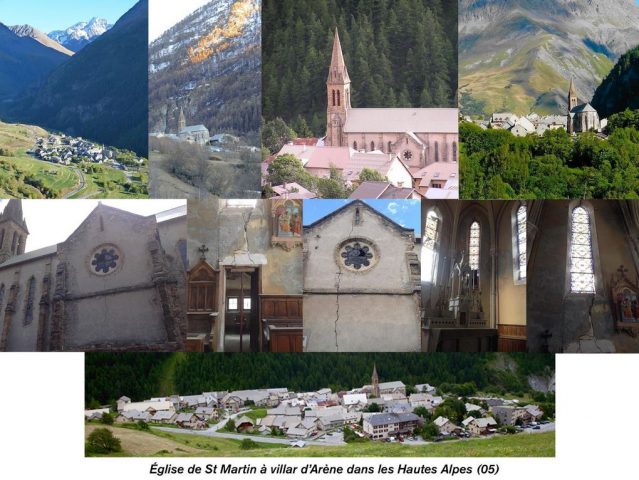 In the center of the village of Villar-d'Arêne stands the Saint Martin of Tours Church, built between 1866 and 1870 with travertine rock from the Lautaret Pass.

In Villar d' Arène, several places of worship followed one another. After two big fires - in 1672 and in 1771 - almost complete reconstructions were necessary.
On Sunday, November 2 1771, at the end of Mass, a fire broke out under strong winds and devastated 72 houses in less than a quarter of an hour ... Even the church was greatly damaged, in spite of its bell tower being covered with lead. The whole village was rebuilt with wood collected in Monêtier-les-Bains and in the small forest of Villar d'Arene.

The church, rebuilt between 1866 and 1870, bears certain characteristics of neo-Gothic art. The bell tower, built in golden travertine rock from Lautaret, features twin bay windows with semicircular arches, similar to those of the Lombard style churches.

Its large proportions, that proved unsuitable for the unstable ground, reflect the wealth of the emigrants who paid for its construction. The church was inaugurated on November 11th 1870, Saint Martin's Day.

Due to its deteriorated state, the church has been closed to the public since 1986.