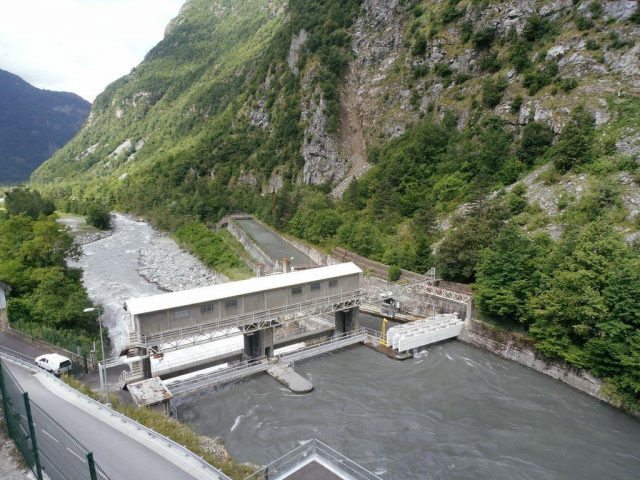 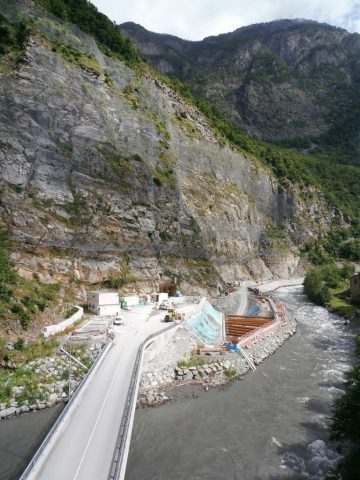 An observation point has been created for visitors to survey the Chantier Romanche Gavet, the largest hydroelectric project currently underway in France. This involves replacing the 6 former power plants in the valley, some of which played a role in inventing hydroelectricity in France.

With an output of 560 million kWh, namely 155 million more than the 6 existing power stations, the Romanche-Gavet hydroelectric complex will be almost entirely underground, featuring a buried 9.3 km penstock pipe. EDF has built an observation point for visitors to survey the Gavet worksite.

The lookout point: to see the worksite at its lowest point (where the water will be discharged after passing through the turbines of the new underground power plant), park at the Maison Romanche Energie (next to the Gavet roundabout). Cross over the road and follow the signs to the path leading along the road to the observation point. You will then be able to see the work currently in progress.

Throughout the year : open daily.