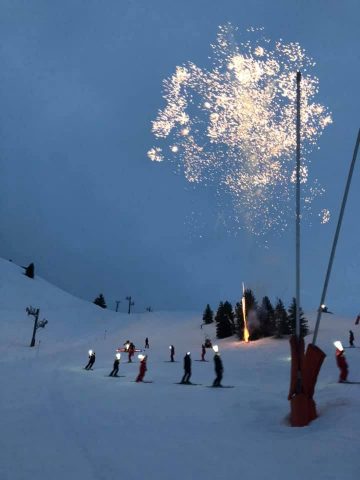 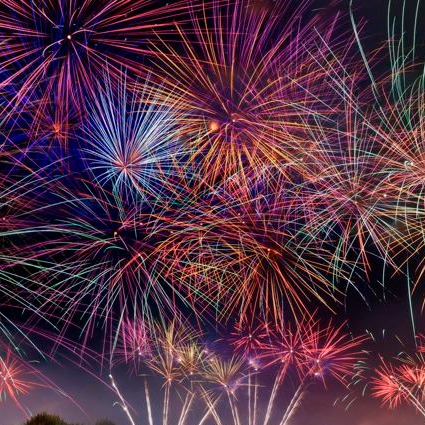 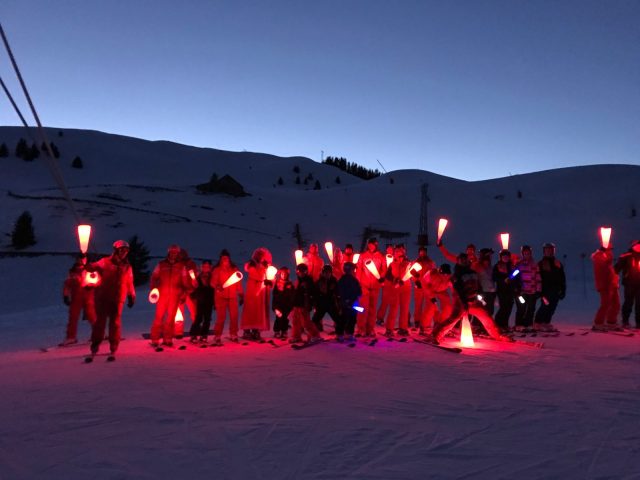 The New Year's Eve show celbrates the last day of the year on the snow front. Come and admire the children's torchlight descent followed by the ski school instructors' descent in the moonlight, ending with a huge fireworks display.

Before having a party with your family or friends, come and admire the ski school instructors' torchlight descent in the moonlight. The whole resort gets together - ski instructors, resort organisers, ski lift staff, representatives from Auris ski club and the parents of pupils from Auris's only school. The chamois, the resort's mascot, joins the descent and livens up the snow front, all to music. To end the festivites, a huge firework display is launched from the Col de Maronne.