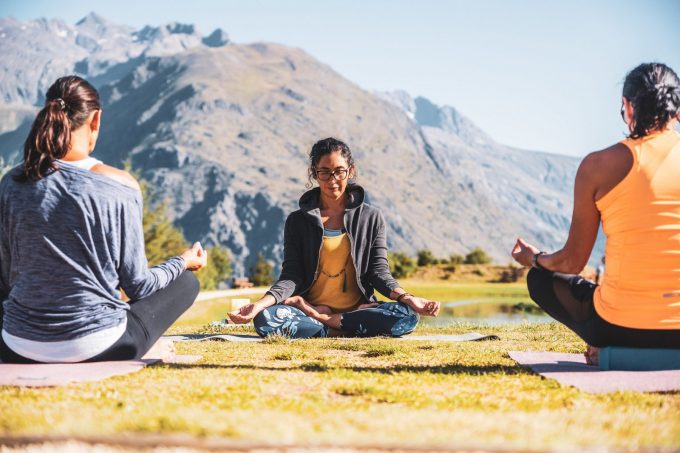 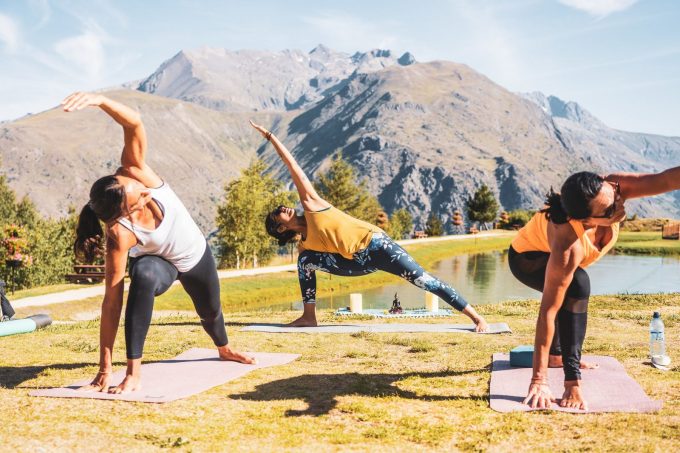 Born in the heart of the Chilean Andes, Maria-José has seasoned her Ashtanga practice through contact with other disciplines.

Maria-José studied Theatre and Dramaturgy, as well as Contemporary Dance Pedagogy, with a solid grounding in anatomy. She turned her attention to the relationships and interactions between body and mind, which she was able to deepen through the study of somatic systems, graduating in Eutonia and Feldenkrais from Arcis University (2006).

At the same time, Maria continued to practice various types of yoga, including training in Kundalini yoga from the Happy Yoga school in Barcelona in 2002. Wishing to continue her journey in Ashtanga Yoga, it was only natural that she followed a training course in Mysore, India, in the ashram of the Samyak Yoga School, learning the mastery and transmission of an authentic version of the first Chikitsa series, in the purest tradition of the teachings of Pattabhi Jois.
Her research around Yoga has therefore an anatomical starting point, it starts in the body, and starts from the bones, muscles and tendons to, in a movement of deepening through gesture and breathing, to arrive at flow and to be fully inscribed in the discovery and mastery of the subtle body. A perpetual research in which new courses and training courses are regularly held, to constantly deepen and align the different anatomical and conscious aspects of our beings.
Starting from one's anatomy to arrive at being in oneself, being oneself and simply being well. A search for serenity and well-being through conscious movement accompanied by controlled breathing which, strengthened by the path she has travelled, and the bits of wisdom and knowledge gleaned during her experiences, Maria-José hopes to share with you.
Movement and its infinite and infinite possibilities as a source of continuous research, of a fundamental work in progress: to know oneself and to reunite.

Ashtanga Yoga, first Chikitsa series.
Yoga consists of several branches, of which Ashtanga Yoga is the most dynamic.
Its practice constitutes a cardiovascular work and has toning and structuring effects.
Thanks to the sequence -Vinyasa- of postures -Asanas- and in synchrony with your breathing -Jjjayi-, you will be gently led to discover and deepen the practice of this beautiful discipline, developing in concert flexibility, body awareness, self-confidence and emotional stability.

All year round, daily.